Project Details
Total Cost $0.00 Total Capital Cost 0.00 Latitude / Longitude Method Unknown Latitude 41.080666 Longitude -79.137903 Elevation 0
Description: A passive treatment system was constructed in 1998 by the Hanley Brick Corp and PA DEP BMR to treat the BRD06 and BRD01A AMD discharges. The system originally consisted of an ALD followed by settling ponds and wetlands. The ALD received the BRD06 discharge. The effluent of the first set of ponds was then piped to the second set of ponds where the excess alkalinity was used to treat the BRD01A discharge. The ALD began to fail within about a year due to changing water quality conditions including dissolved aluminum and presence of dissolved oxygen. In 2000, a flushing system, hay bales and flow diversion were added to the ALD, but was unsuccessful. The system was retroffited again in 2003. Sometime ca 2010 the system the ALD was retrofitted again as a FeAlMn bed. 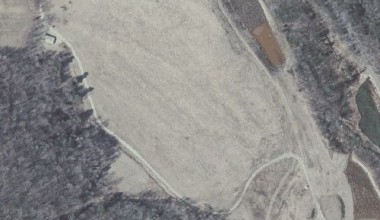