Project Details
2022 Total Cost $0.00 Total Capital Cost 1101948.00 Latitude / Longitude Method Google Earth/Maps Latitude 40.113889 Longitude -78.913333 Elevation 1950
Description: The Oven Run B passive treatment system was originally constructed by the PA Department of Environmental Protection in 1999 to treat acid mine drainage emanating from three sealed deep mine entries. The system was designed by Gwin, Dobson and Foreman, Inc., with modifications by BAMR and built by Amerikohl. According to a Passive Treatment System Evaluation report prepared by the PA DEP in May of 2008, the system was designed based on an average flow of 350 gpm, but capable of handling a maximum flow of 1,100 gpm. Shortly after construction, the system began to experience performance issues likely due to a combination of plugging of treatment media and short-circuiting due to the extremely large size of the vertical flow ponds. In July 2001, a flow distribution pipe was installed on top of SAP1. In October 2001, iron sludge and compost were removed from SAP1 and SAP2 and new compost was added. In December 2017, Stream Restoration Inc (SRI) completed the Kiski-Conemaugh Basin Treatment System O&M Assessment project which recommended a different treatment system design approach. SRI received a grant from the PA DEP BAMR in 2020. An innovative passive system was designed by BioMost, Inc based on SRI's recommendations. Construction was completed by Earth Shapers, LLC in 2022. SAP1 was reconfigured into three "smaller" limestone only, solar powered, SmartDrain-based, Auto-Flushing Vertical Flow Ponds and a dewatering basin. SAP2 was reconfigured into two Jennings-style Vertical Flow Ponds and an additional settling pond. 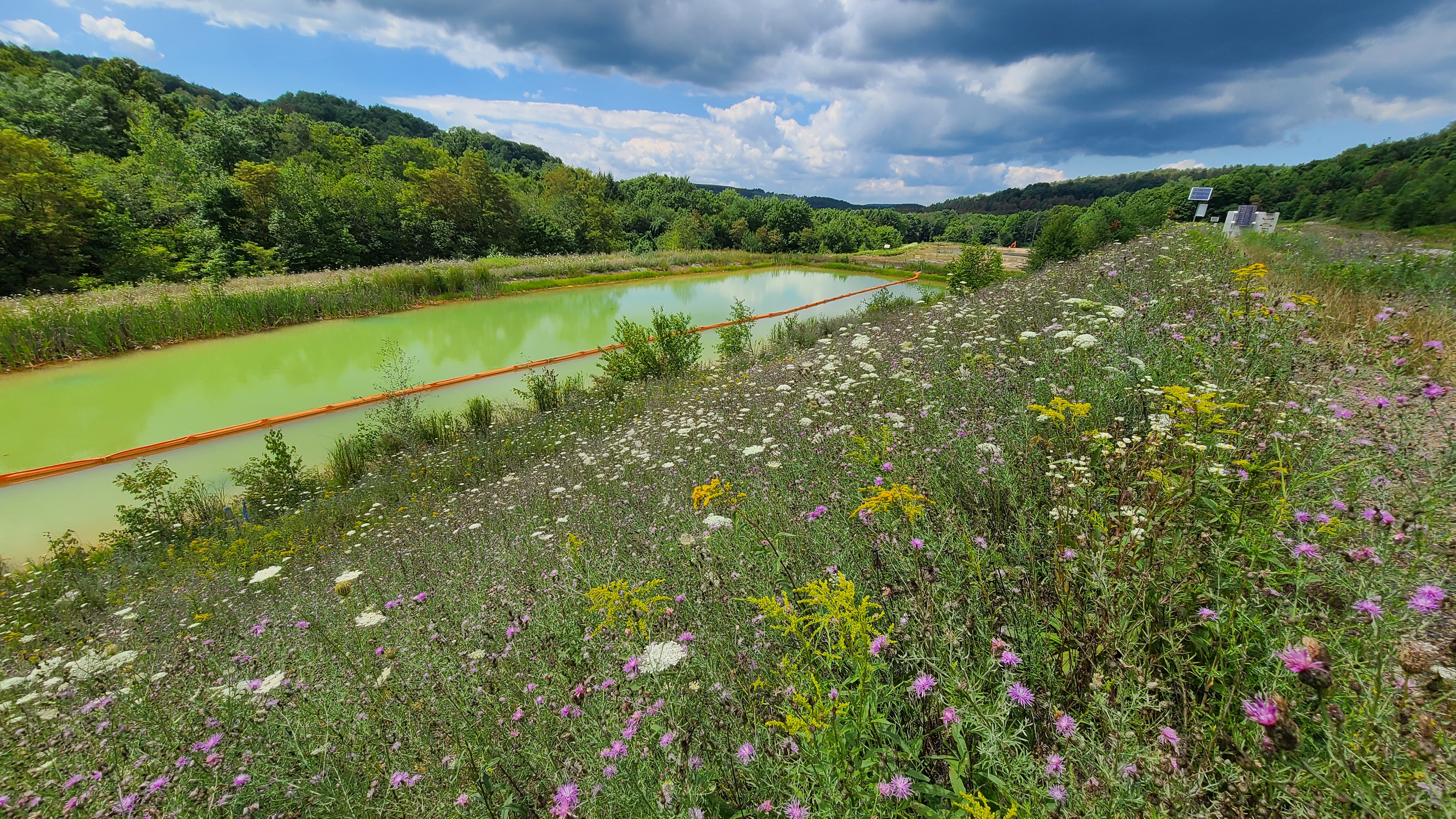