Project Details
Total Cost $0.00 Total Capital Cost 0.00 Latitude / Longitude Method Unknown Latitude 41.200677 Longitude -75.966690 Elevation 0
Description: The Dundee Wetland was built in 1999(?) to treat about 500 gpm out of the Askam Borehole which functioned without a hitch until the borehole collapsed in 12/2008. In 2010, two new boreholes were drilled by US OSM across Dundee Road. The Dundee Wetland was abandoned and a new treatment system consisting of a maelstrom oxidizer and a settling pond was constructed in 6/2013. 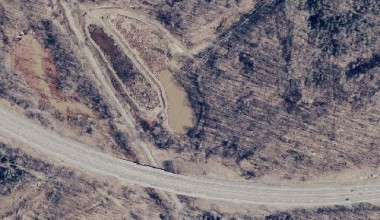